AXIOM is a digital cinema camera family of devices with open hardware and free software.

It uses the same 4K Super35 image sensor as the AXIOM Alpha. 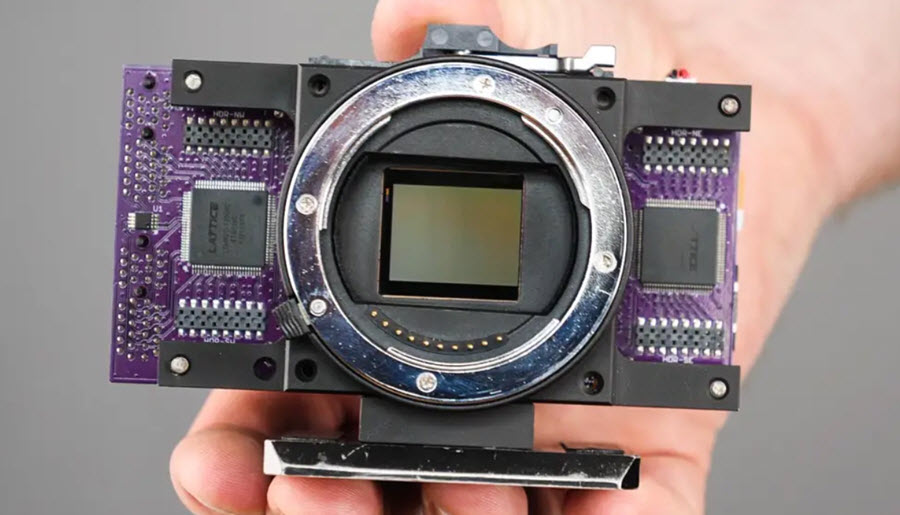 AXIOM project was inspired by threads on DVinfo.net, where members were discussing Elphel cameras (a type of open hardware cameras typically used by scientists) and how they could be adapted for use in film productions.

Two of the early driving forces behind the AXIOM project was Sebastian Pichelhofer and the Dutch film director Oscar Spierenburg. In the late 2000s, Pichelhofer moved the project along by developing an internal hard-disk recorder user interface for an Elphel camera.

A website for AXIOM was launched in 2009 by the community that had formed around the project at DVinfo.net.

After spending a lot of time and effort on trying to adapt the Elphel in various ways, the community determined that it would actually be better to create their own camera hardware from scratch, instead of struggling with Elphel´s inherent limitations.

The result was the AXIOM Alpha camera prototype. Also, a non-profit organization was created for the project.

Two units of the prototype were built in 2013.

The AXIOM Alpha was used to gather feedback for the next step, the creation of the AXIOM Beta – a digital cinema camera with open-source hardware, a five printed circuit board stack, and the Sensors Belgium CMV12000 CMOS image sensor.

Herbert Pötzl was appointed Tecnical Lead for the AXIOM Beta project, due to this experience with both software developement and electronics engineering.

Crowdfunding for AXIOM Beta took place on Indiegogo in 2014. That same year, AXIOM partnered with the firmware community Magic Lantern, who had created a free and open-source software add-on capable of adding new features to Canon´s DSLR cameras.

In November 2014, the AXIOM Beta prototype was presented at the National Broadcaster Association Show (NAB) in Las Vegas, USA.

In 2015, the AXIOM Gamma project recieved funding from the European Union´s Horizon 2020 programme, but the research project ceased that same year, and some features arising from the work with Gamma were incorporated into the AXIOM Beta.

The AXIOM Micro was announced in 2019. It is a small inexpensive camera PCB with a low-quality sensor, and it was created for hardware and software developement purposes.