Today´s Alpa is a brand owned by the Swiss camera company Capaul & Weber, who use it for a range of sleek and minimalistic medium-format cameras with lenses from Zeiss, Rodenstock and Schneider.

The world-famous Alpa of the 20th century was also Swiss, but an offshoot of the Pignons company and with high-qaulity all-metal 35 mmcameras as their speciality. Alpa served the same market segment as Leica, Contax and Rolleiflex, but produced much smaller volumes. (An estimated <40,000 Alpa cameras in total.)

The golden age of the (Pignons) Alpa lasted from the 1940s through the 1960s, but in the 1970s the company failed to keep up with technological advances. Instead of being a trailblazer, Alpa began to fall behind the more mainstream camera companies in the field of technology. Unsurprisingly, this had a negative impact on sales. Why Alpa dropped the ball in the 1970s is still a bit of a mystery. Did they lack the financial resources to keep up, or was there a reluctance to embrace new techology? (Pignons) Alpa stayed afloat throughout the 1980s despite though competition, but ceased operations in 1990 after suffering from serious problems within the company.

In 1996, the Alpa brand was acquired by Capaul & Weber who has continued Alpa´s tradition of high-qaulity cameras but make medium-format cameras instead of the classic 35 mm format.

as that have survived into the 21st century are highy sought after by Alpa devotees and are known to fetch high prices at auctions. 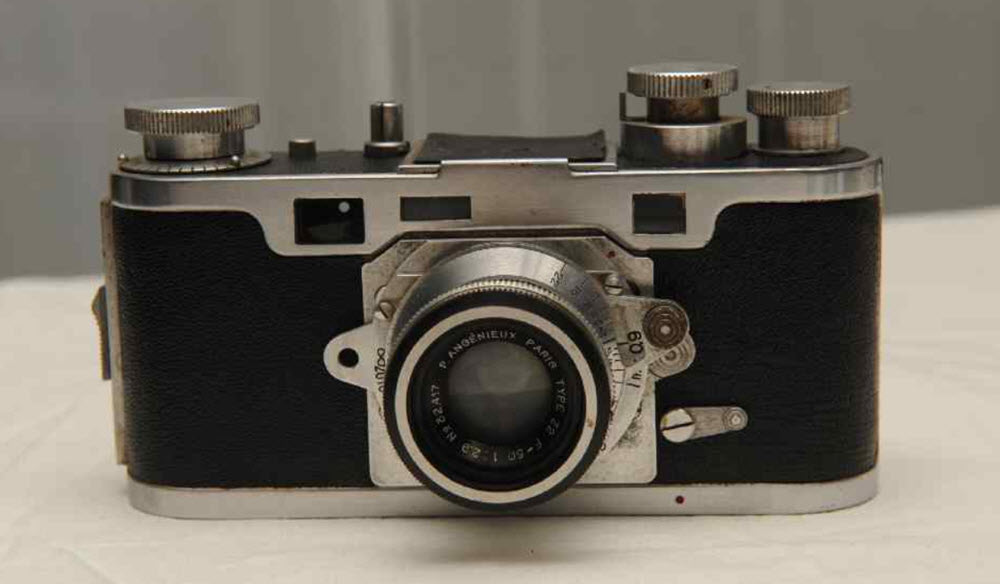 Alpa has its roots in Pignons S.A., a company chiefly known for making pinions for several Swiss watch manufacturers.

In the late 1930s, the Jewish engineer Jacques Bolsey (born Yakov Bogopolsky in Kiev in 1895) designed a camera for Pignon, and this was the start of what would eventually be known as the Alpa-Reflex 35 mm single-lens camera line.

Right from the start, each Alpa camera was crafted by hand using a time-consuming and labour-intensive process that ensured supreme quality but also resulted in a big price tag. The cameras were made from carefully selected materials, and Alpa was one of the first camera makers to offer cameras with innovative solutions such as bayonet lens mount, through-the-lens metering, cells in prism housings, and the quick-return mirror.

Many variants were produced by special order to suit the requirements of the individual buyer.

Alpa did not manufactorer lenses. Instead, they got them from highly renowned lense makers such as Kern, Scheider, Kinoptik, and Angenieux. Unlike other camera manufactorers of the time, Alpa guaranteed the optical quality of the lenses, which added additional security for the consumers.

It was possible to use an adaptor to mount Alpa lenses to C-mount movie cameras or to the body of a microscope.

The 50 mm Kern Macro Switar lense offered by Alpa is still regarded as one of the best apochromat lenses.

Alpa used the same lens mount for all their Swiss-made cameras (Generation I – IV) from 1942 to the end of production; only their Japanese made ones (Generation V) had other mounts.

One of the many design choices that made the Swiss-made Alpas so desirable was the slimness of the back focus. It was the thinnest of any contemporary 35 mm camera, and this made it possible to make adaptors that allowed photographers to use not just Alpa-lenses but also a wide range of lenses designed for other 35 mm cameras.

The five generations of Alpa

Pignons produced five generations of Alpa cameras. The first four in Switzerland, and the last one in Japan (by Chinon).

All first-generation Alpas came with a coupled rangefinder.

This generation was initially marketed as Alpa Alnea, but Alpa later changed this to the more informative name Alpa Reflex.

This generation had built-in meters. The Model 6c came with a conventional one, while 9d had a through-the-lens (TTL) built-in meter.

Unlike the more common Nikon magazine backs, the Alpa magazine backs were design to make it possible to insert a whole 100-foot roll of 35 mm film at once, and then allow the photographer to open the takeup-side individually to cut off a portion of the film in a changing bag. This portion could then be processed, while the rest of the film remained in the camera.

In an effort to rescue the company and keep up with increased competition from more mainstream camera manufactorers, Alpa contracted the Japanese manufacturer Chinon and launched a Japanese-made line of Alpas. The Si2000 cameras had M42 screw mount lenses while the Si3000 utilized the Pentax K mount. None of these cameras were compatible with the premium Alpa lenses, to the dismay of many long-time Alpa affecionados.

The fifth generation was based on existing Chinon models rather than the Alpa tradition, and failed to reach any commercial success. Today, they are shunned by many Alpa collectors.